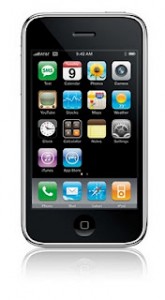 3G TECHNOLOGIES
The very recent technology which is going to cover this whole world very soon is 3G technologies. If you are going to buy new mobile phones then be assure that you mobiles support 3G technology. Either your telecommunication is providing 3G technology or not, it does not matter but you must have this features in your mobile, who know what happens tomorrow, if your telecommunication start providing 3G service after some days. So if you are going to buy new mobile phones then I will suggest you to buy mobile phones having 3G technology support.
Operating System
The other important technical aspect of cell phones that has gained prominence in recent months is the underlying operating systems. A couple of years very few people know about mobile phone operating system, they even don’t know which operating system were running in their mobile phones. Every person was buying either the Symbian-based Nokia phones or other phones running firmware. And then there were the proprietary OSes from iPhone and Blackberry which rocks the mobile phone market.
And the mobile phone OS game changed forever with the launch of Google’s Android. These days, mobile operating system play an important role in mobile purchasing decisions. Right now we have Android, iOS, Symbion, bada, WinMo and blackberry with Windows Phone 7 and MeeGo which is going to arrive very soon. So which is the best operating system? Which mobile should you buy?
There can’t be only one answer to these questions; there may be the user choice in choosing operating system. By the way these days, it is reported that the number of Symbian leads the market with a 41.2 percent, and followed by Research In Motion’s 18.2 per cent with Android at the third spot with 14.2 per cent. But last year Symbian dropped with 10 per cent. And Android market share has increased whopping 15 per cent. Right now Android s the hot seller and many people desire to have Android based operating system to mobile.
Personally I will suggest you to have Android based operating system on your mobile. This is really going to change you cell phone forever.
Application
And now after you have decided which operating system you are going to buy, the next is application. Your mobile phone operating system must have number of application. Apple leads the market with its App Store having over more than 2,50,000 apps and followed by Android’s marketplace having over 2,00,000. Beside these two other operating system have comparatively low apps. So this is also one of the main factor which is pushing people towards the iPhone and Android based phones. Bada is relatively new, still has a lot of catching up to do as far as number of applications segment will just grow. With MeeGo and Windows Phone 7 OS coming up, it will be party time for app developers with so many operating systems, for which apps can be written.
Dual SIM entry-level phones
The entry level dual-SIM phone market in world is exploding at an unprecedented rate. Especially in India, people are running for dual SIM mobile phones.
But before hurrying up to book that dual SIM phone, sit back and ponder on these points: Am I really going to use two separate numbers? What about the cost incurred on two separate phone plans? What about the application support? What about the operating systems?
Dual SIM make sense to those individuals who travel a lot from one place to another frequently, so that he/she could use two different place SIM card. But think the first Nokia phone which was launched years ago and now see that entry level phone now. Do you see any people using old phones, this may happen to dual SIM very soon because today’s world is going to change at rapid growth. And everyday new technology is invented. I will suggest you not to buy Dual SIM phone these days.
Touch screen and display technologies
These days’ people are using mobile phones having display technologies. No one thinks of having keypad mobile phones. A right clicks at the right time. Touch screen technologies will be the added advantage of your mobile phone. Beside touch screen display technology is also the matter of choice to people. There is various technologies like AMOLED, LCD or SLCD. You can have LCD which is little less costly than AMOLED. HTC have SLCD technology embedded in their chips.
Processor
These days, you’ve started expecting your phone to do things that only your PC used to. Thus the importance of the processor performance increases. For a high end Smartphone the processor should have a minimum of 800 MHz rating- 1GHz is ideal. This also makes your handset future proof.
Beside these above technologies your mobile phones should also have Push mail, Wi-Fi, A-GPS, eBook readers and front facing camera. eBook only make sense if you display screen is large. And Wi-Fi technologies, which is not yet used in every country. Country like India and Nepal still don’t have good facilities of WI-Fi everywhere. But country like US, USA its free service everywhere on the road.
Add a comment

This site uses Akismet to reduce spam. Learn how your comment data is processed.